Walking Through the Minefields in the US-Turkey Relationship

This article was first published by New Turkey on November 21, 2018.

The U.S.-Turkey relationship is going through interesting times, as both allies are willing to work through their differences despite serious disagreements over a host of issues. 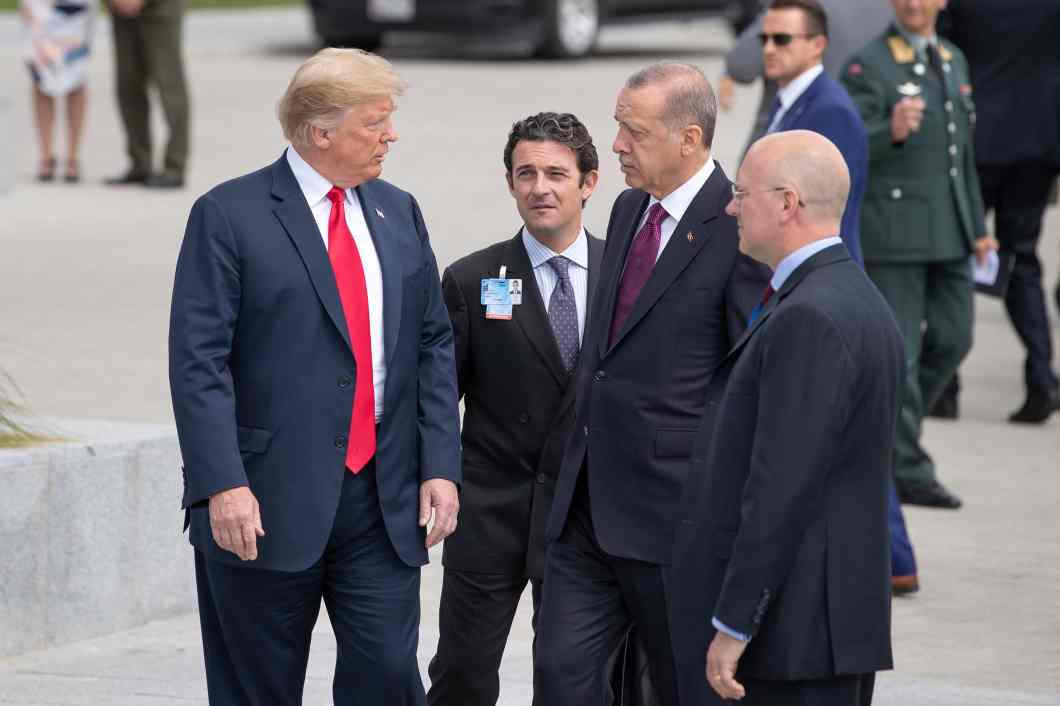 The U.S.-Turkey relationship is going through interesting times, as both allies are willing to work through their differences despite serious disagreements over a host of issues. Turkey has been pressing the U.S. as well as the international community to take a firmer stand against those responsible for the murder of Jamal Khashoggi inside the Saudi consulate in Istanbul.

The Turkish position puts President Trump in an awkward position, as he appears inclined to accept that the Crown Prince Mohammad bin Selman was not responsible. Trump also pledged that the relationship with Saudi Arabia would not be affected by the Khashoggi affair. Despite this disagreement, President Trump made some positive statements about President Erdogan and Turkey, citing the release of Pastor Andrew Brunson last month. Most recently, when asked about the extradition of Gulen to Turkey, Trump denied getting involved in the legal process but stated that the U.S. is looking for “whatever we can do for Turkey.”

There is also the U.S. support for the YPG that continues to be a sticking point. However, both the American and Turkish leaderships express willingness to work through these differences largely because the two NATO allies have a lot more to gain by working together than at cross purposes.

For some analysts, the Khashoggi case has been a useful tool for Turkey to play politics in a geostrategic power struggle. It is important to note that the Saudi failure to provide an explanation for what happened to Khashoggi lasted weeks. Every explanation the Saudis provided was quickly falsified by facts and Turkey insisted on accountability as well as national sovereignty. For all intents and purposes, the Saudi behavior forced Turkey to leak facts and made it all too easy to pursue a “drip drip strategy,” if there was ever such a conscious strategy in the first place.

The U.S. media’s pressure on the Trump administration to take a clear stance was indirectly owed to Turkey’s unwillingness to let this murder be covered up. Turkey made a careful distinction between King Salman and the rest of the Saudi leadership, creating at least some wiggle room without abandoning full accountability for Khashoggi’s murder. President Trump may have preferred that the issue goes away somehow but his administration continued to engage Turkey on the matter. This dynamic of persistent engagement despite deep differences is interesting and might provide a blueprint at least for the next two years.

Both on the issue of Gulen’s extradition and the U.S. support for the YPG, there seems to be a similar dynamic at play. Turkey has requested Gulen’s extradition and pushed hard for it politically but understands the political constraints on the Trump administration. This does not mean Turkey will contend itself with the status quo and give up on the extradition request. Turkey will continue to bring up the issue and pressure the U.S. side to act against the Gulen network all the while engaging instead of confronting the administration. With regard to the YPG issue, Turkey again insists that the U.S. should stop supporting the organization because of its links to the PKK. Yet, it continues to engage the new U.S. team on the Syria policy without accepting any kind of normalization of the YPG.

All the minefields in the U.S.-Turkey relationship need careful analysis and comprehensive policy coordination and there is a long way to go before that happens. Nevertheless, it is important to underline that the two sides are both willing to listen to each other’s positions and engage in a meaningful way. It is not clear if this dynamic will be sustainable in the medium and long terms but it should be considered a start in any case.

Time will tell if this is all we can hope for but continuous engagement through crises may be the solution for the time being. However, we should not lose sight that a comprehensive strategic dialogue would produce more concrete and sustainable results in the long run.